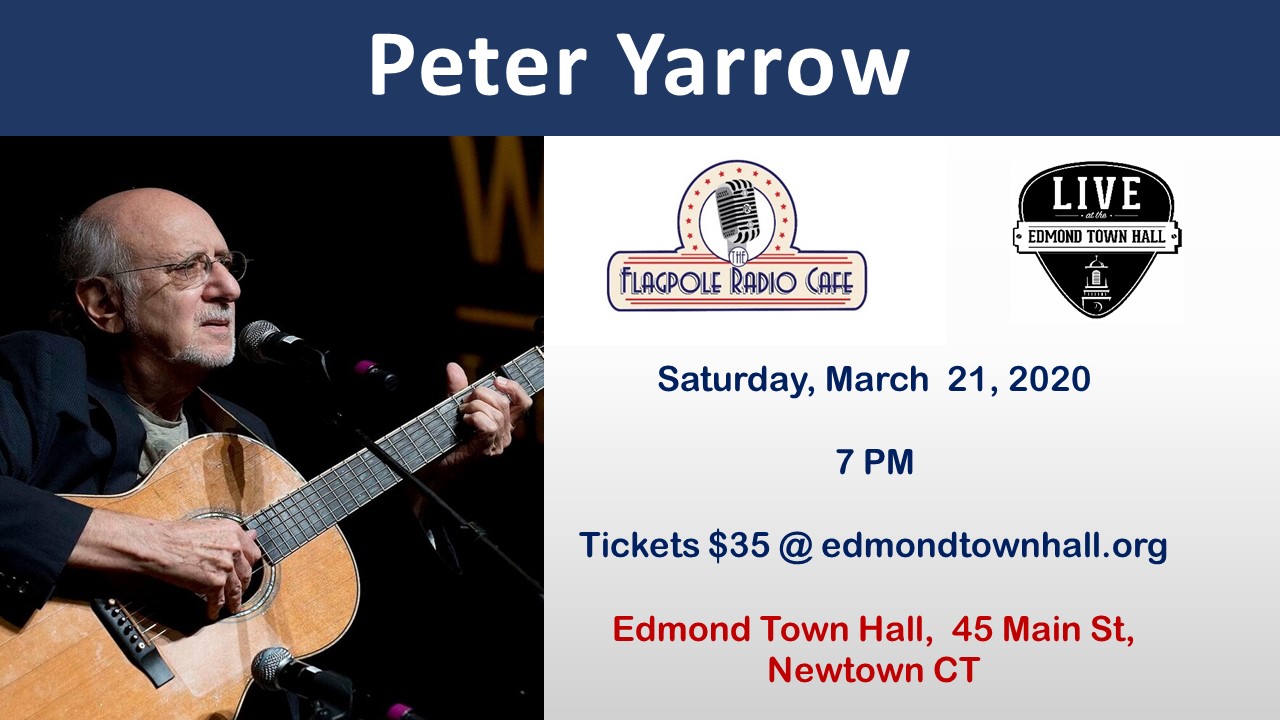 Peter Yarrow is an American singer and songwriter who found fame with the 1960s folk music trio Peter, Paul and Mary. Yarrow co-wrote (with Leonard Lipton) one of the group’s greatest hits, “Puff, the Magic Dragon”. He is also a political activist and has supported many causes ranging from opposition to the Vietnam War to the creation of Operation Respect, an organization that promotes tolerance and civility in schools.

Yarrow began his singing career after moving to Greenwich Village, where he met Noel “Paul” Stookey and Mary Travers and formed the group Peter, Paul and Mary. They became the most popular folk group of the 1960s, as well as leaders of the 1960s folk revival. Their eponymous album debuted in 1962 and spawned such hits as “Five Hundred Miles” and “Lemon Tree,” as well as covers of Pete Seeger’s “Where Have All the Flowers Gone” and “If I Had a Hammer.” The album remained on the Billboard Top 100 for the next three years. “If I Had a Hammer” won the trio the first of its two Grammy Awards, for Best Performance by a Vocal Group and Best Folk Recording. “Puff, the Magic Dragon,” written by Yarrow and Lipton as college students in 1958, was first released on 1963’s Moving and became a No. 1 single, and one of the most popular children’s songs of all time.

As their fame grew, Peter, Paul and Mary mixed music with political and social activism. In 1963, the trio marched with Rev. Dr. Martin Luther King in Selma, Alabama, and Washington, D.C. The three participated in countless demonstrations against the war in Vietnam. They sang at the 1969 March on Washington, which Yarrow helped to organize.

More recently, Yarrow helped start Operation Respect, a nonprofit organization that brings children a curriculum of tolerance and respect for each other’s differences. The project began in 2000 as a result of Yarrow and his children, Bethany and Christopher, having heard the song “Don’t Laugh at Me.”