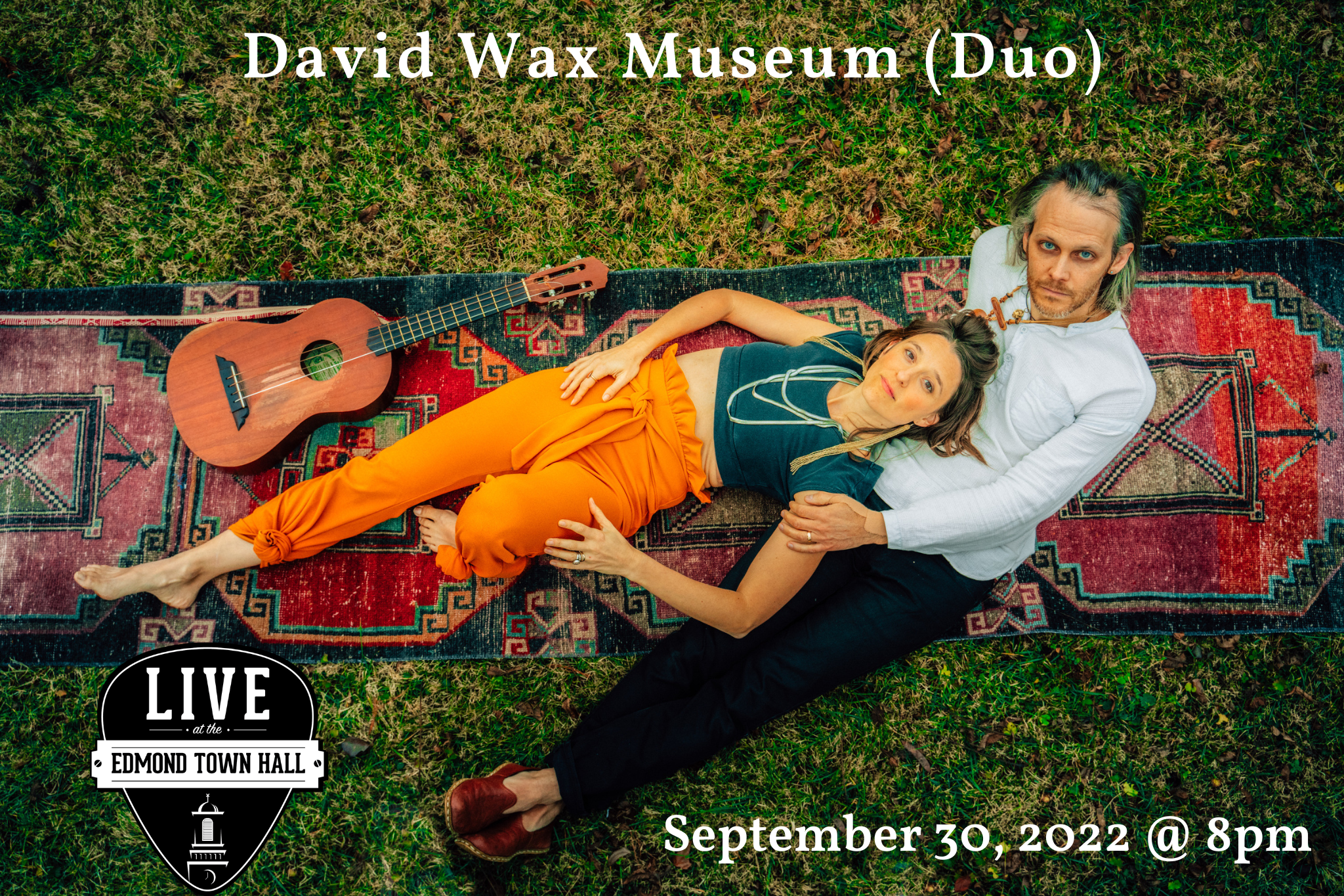 “Human Nature is a Stranger to the Notion of a Pause”

Pioneering folk musicians David Wax and Suz Slezak are the plucky husband-wife duo behind the eclectic, exuberant “Mexo-Americana” band David Wax Museum. After 14 relentless years touring the country and world, half of them with their two young children in tow, COVID’s abrupt disruption in March 2020 created a first jarring, then welcome creative pause for the Charlottesville, VA-based band. Not wasting a moment, Suz–who grew up homeschooled, playing the fiddle, singing rounds, and drinking raw milk fresh from her family’s homestead farm–immediately dug up their small downtown front yard to plant the first real garden of the indie rocker couple’s nomadic adult lives.

Before the pandemic, the ascendant band was enjoying newfound success with their 2019 first label release Line of Light (on Austin’s award-winning Nine Mile Records), subsequent national TV debut on CBS This Morning: Saturday, and three distinct features on NPR’s World Cafe. They built bridges performing at the wedding of Democratic presidential hopeful (now Transportation Secretary) Pete Buttigieg and his husband Chasten–and then in 2021 their plaintive ballad “Big Sur” debuted during the marriage scene on Netflix #1 show, Firefly Lane. David Wax Museum even had a big new bombastic studio album with their boisterous six-piece band in the can, but then the sudden shutdown temporarily shelved it, forcing David and Suz to unpack their toiletries bag, park their tired tour van in the driveway, and finally tuck their children into their own beds, for months on end, for the young family’s first time.

Said to be “The Americana voice of Westchester County, NY”. Dan performs tirelessly around New York’s Hudson Valley and beyond, taking the stage at the 2018 Pleasantville Music Festival, the Paramount Hudson Valley (opening for Grammy winner Marc Cohn twice), the Towne Crier (opening for Patty Larkin), Garica’s at The Capitol Theater, and more. With a contemporary Americana flair, Dan’s music reflects his love of classic rock and blues. His evocative lyrics, captivating melodies, and energetic performances exude Dan’s passion for creating and sharing his music with everyone around him.

Beer, wine, and concessions will be available for purchase during this event.