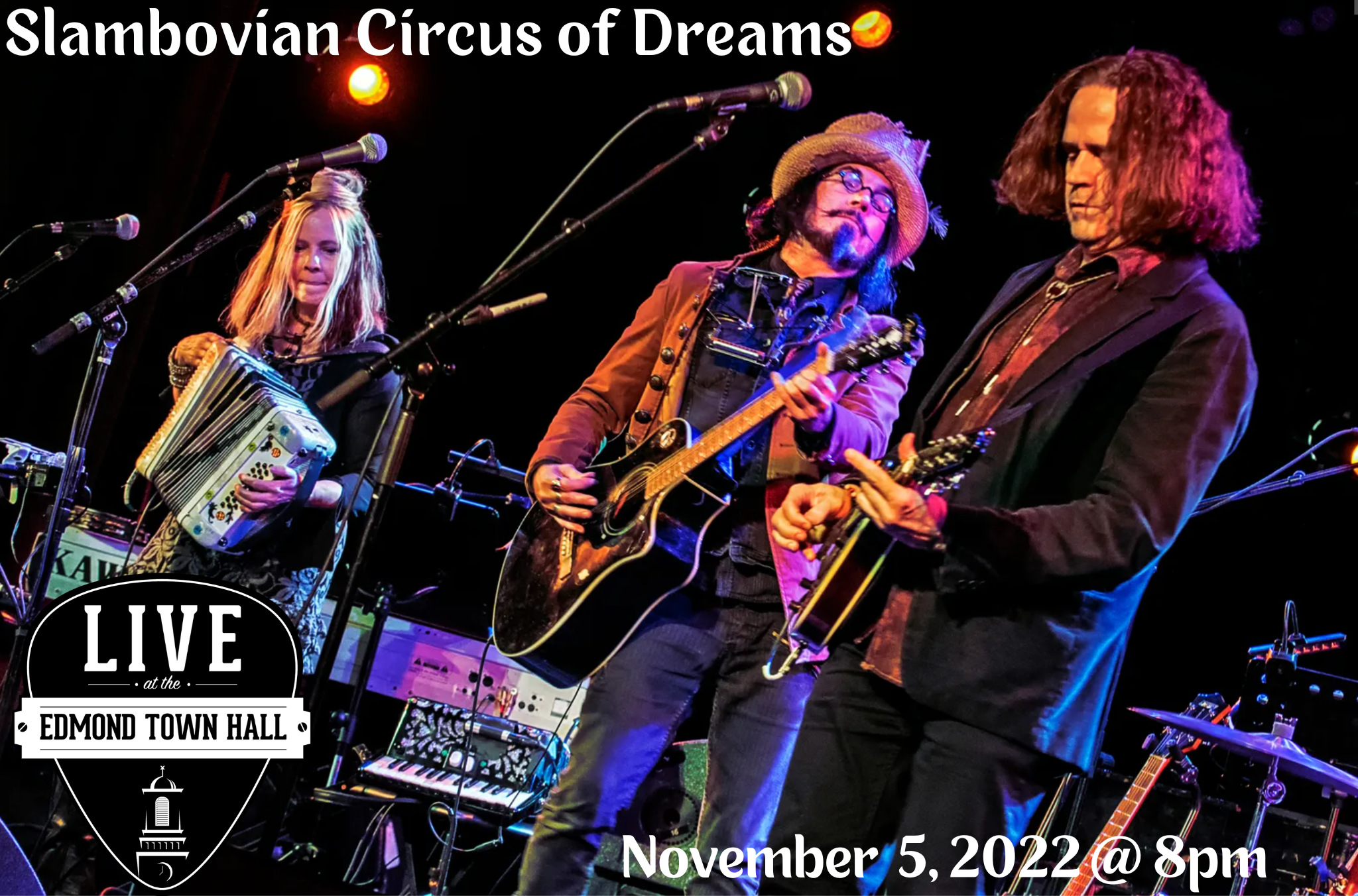 A rootsy rockin’ psychedelica, The Slambovian Circus of Dreams have been expanding the borders of the Americana genre with their fantastic stories and performance since the late 90’s in Sleepy Hollow, New York. Their connection with audiences at shows taps into a greater human-ness and captivates with charismatic band leader Joziah Longo center ring presiding… Joined onstage by bandmates Tink Lloyd (accordion, cello, mandolin, flute) and the guitar-slinging skills of Sharkey McEwen, the Slambovians create a show that is constantly evolving “with a little help from their friends”. 2022’s line-up features RJ MacCarthaigh (bass, keys, sax), Bob Torsello (bass), and Matthew Abourezk (drums). Elements of Dylan, Bowie, Incredible String Band, Syd Barrett and The Waterboys flavor the musical mix (Waterboys co-founder Anthony Thistlethwaite is on the band’s new album). Add a good dose of Woodstock-era psychedelia framed in solid songwriting, and you have it. Touring the US from February of 2022 in support of their new release, A Very Unusual Head, the band has a full schedule touring here and in the UK headlining the Wickham Festival, Fairport’s Cropredy Festival, and more.

Beer, wine and concessions will be available for sale at this event.