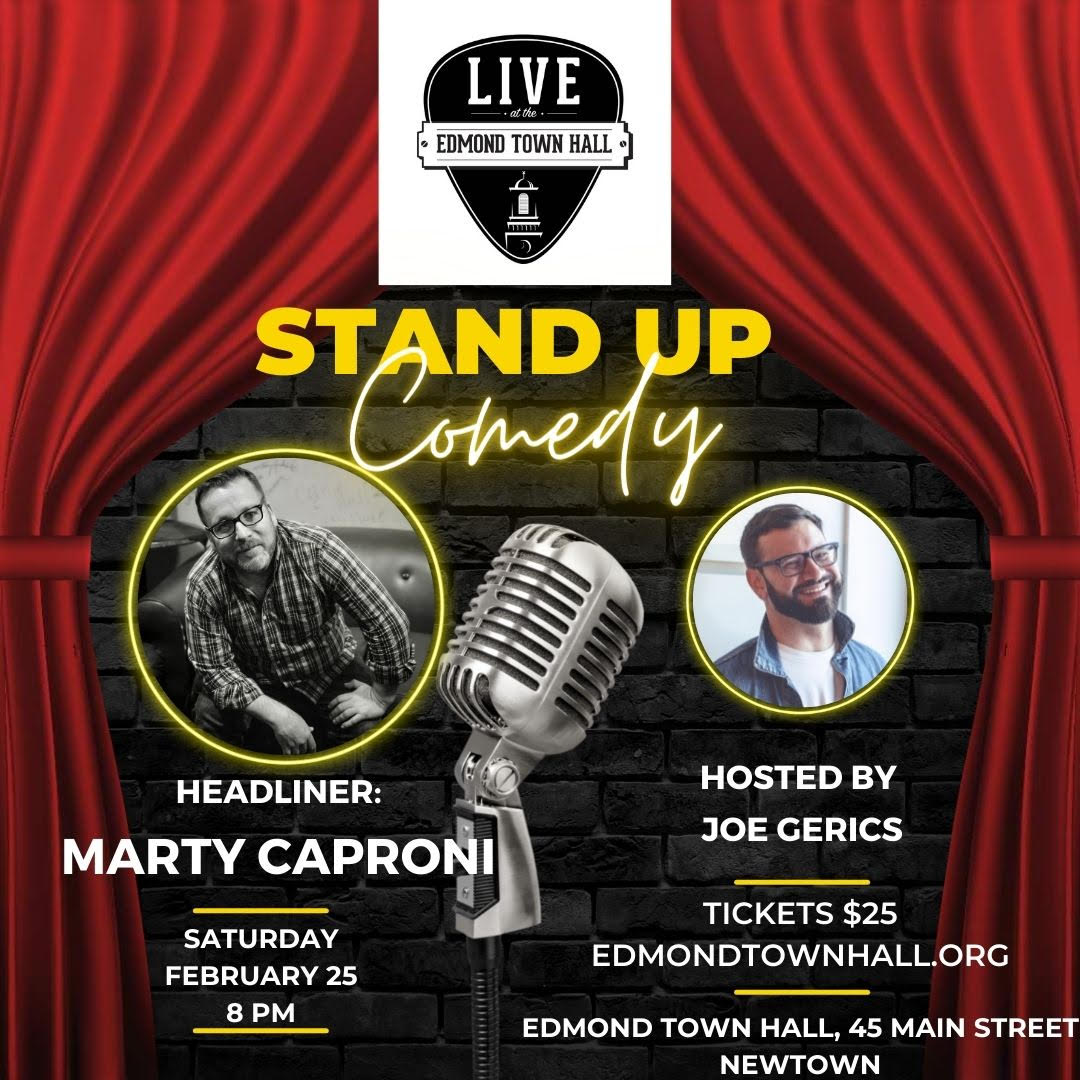 Join us in our Alexandria Room for a night of comedy with Marty Caproni!

Marty Caproni: For the better part of a decade Marty Caproni has quietly been carving out a place in the world of stand up comedy through hard work and sheer determination. Building a loyal fanbase one show at a time from appearing in some of the country’s best comedy clubs and colleges to firehouses and bowling alleys and even theaters and arenas. His journey has led him to opening for some of the biggest names in comedy. He has been seen as opening for comedians like Russell Brand, Tracy Morgan, Jim Bruer, Dave Attell and Norm Macdonald. Marty is currently seen all over the country on the national “Mess America Tour” opening for Jessimae Peluso (MTV’s Girl Code, E!’s Chelsea Lately etc). A headliner in his own right, he can regularly be seen headlining comedy clubs, colleges and casinos all across his native New England. His style is described best as quick witted, off the cuff humor balanced out with well crafted jokes about topics that matter to people. If you have the chance to see him live, you should take it, you will not be disappointed.

Beer, wine, and concessions will be available for purchase throughout the evening.