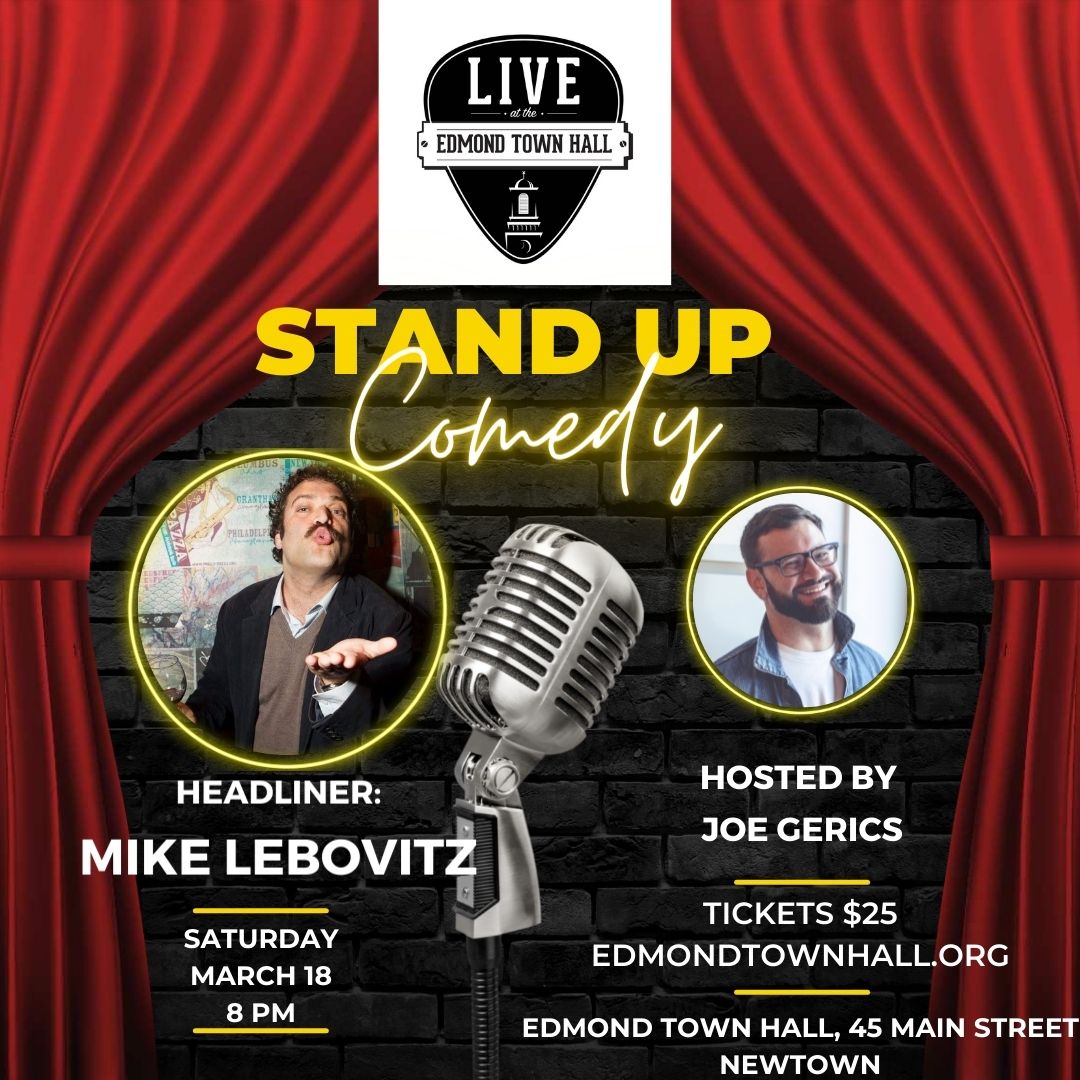 Join us for a night of comedy in our Alexandria Room with comedian Mike Lebovitz!

Mike Lebovitz: Mike began his comedy career at the age of six with clowning classes at the local JCC. He’s been delighting crowds with his intoxicating brand of wild-eyed humor ever since. Lebo’s irreverent bar-stool philosophy careens from topic to topic like a runaway freight train with dubious couplings. Audiences have described the experience as “spontaneous,” “joyful’ and “slightly terrifying.”

Lebo cut his teeth in Chicago (not as painful as it sounds), where he was a regular at Zanies Comedy Club, The Laugh Factory and Comedy Bar Chicago. He co-founded the popular showcase, Comedians You Should Know, which he brought to New York City in 2016. It has since become the weekly go-to spot to see comedy legends and up-and-comers rock the same mic.

Internationally, Lebo has offended olfatory bulbs in Montreal as a “New Face” of the 2013 Just For Laughs, and he won The Montreux Comedy Festival competition in Switzerland. He’s been featured on NBC’s Last Comic Standing, Comedy Central, and HBO’s The Deuce. Buy his debut album, TWO SLOB HOUSEHOLD, out now on Stand Up! Records.

Beer, wine, and concessions will be available for purchase throughout the evening.